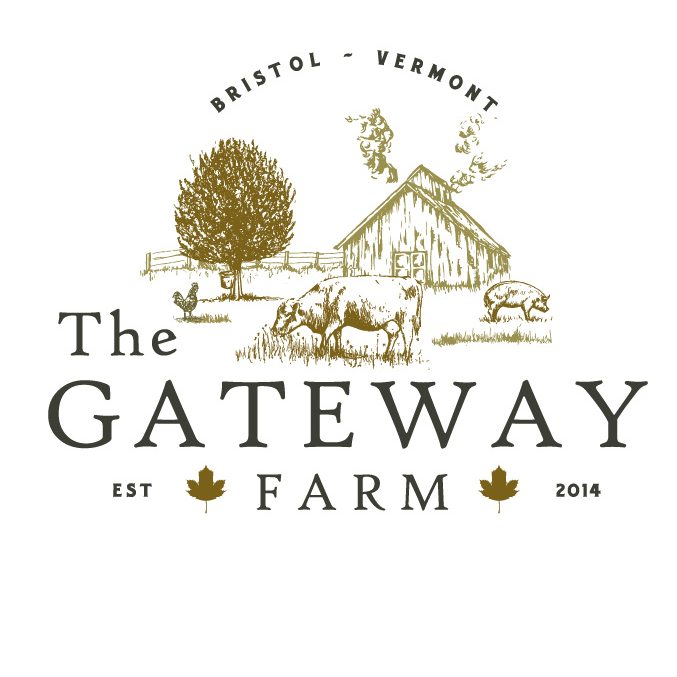 Trent Roleau is an incredibly friendly and outgoing guy. He grew up in Bristol, Vermont and seemingly knows everybody in town. While I was working for him he took me out to Cubbers, the village lunch spot. Walking in with him was like walking into Cheers with Norm. So needless to say Trent gets a lot of help from friends and family in his sugarbush just north of town. With numerous people helping at any given time things can become a bit chaotic. People tapping the wrong lines, walking the same lines twice when leak checking, missing lines while pulling spouts or just downright getting lost were all issues he was looking to fix or avoid. So when I showed how all these headaches could be prevented by a well labeled sugarwoods and professionally produced maps, Trent immediately saw the benefit. In about 3 days his newly established woods were tracked, labeled, and mapped.


Be sure to stop in at Trent and Abby's when you see the steam rolling, or check out their great syrup and other products at their site - The Gateway Farm 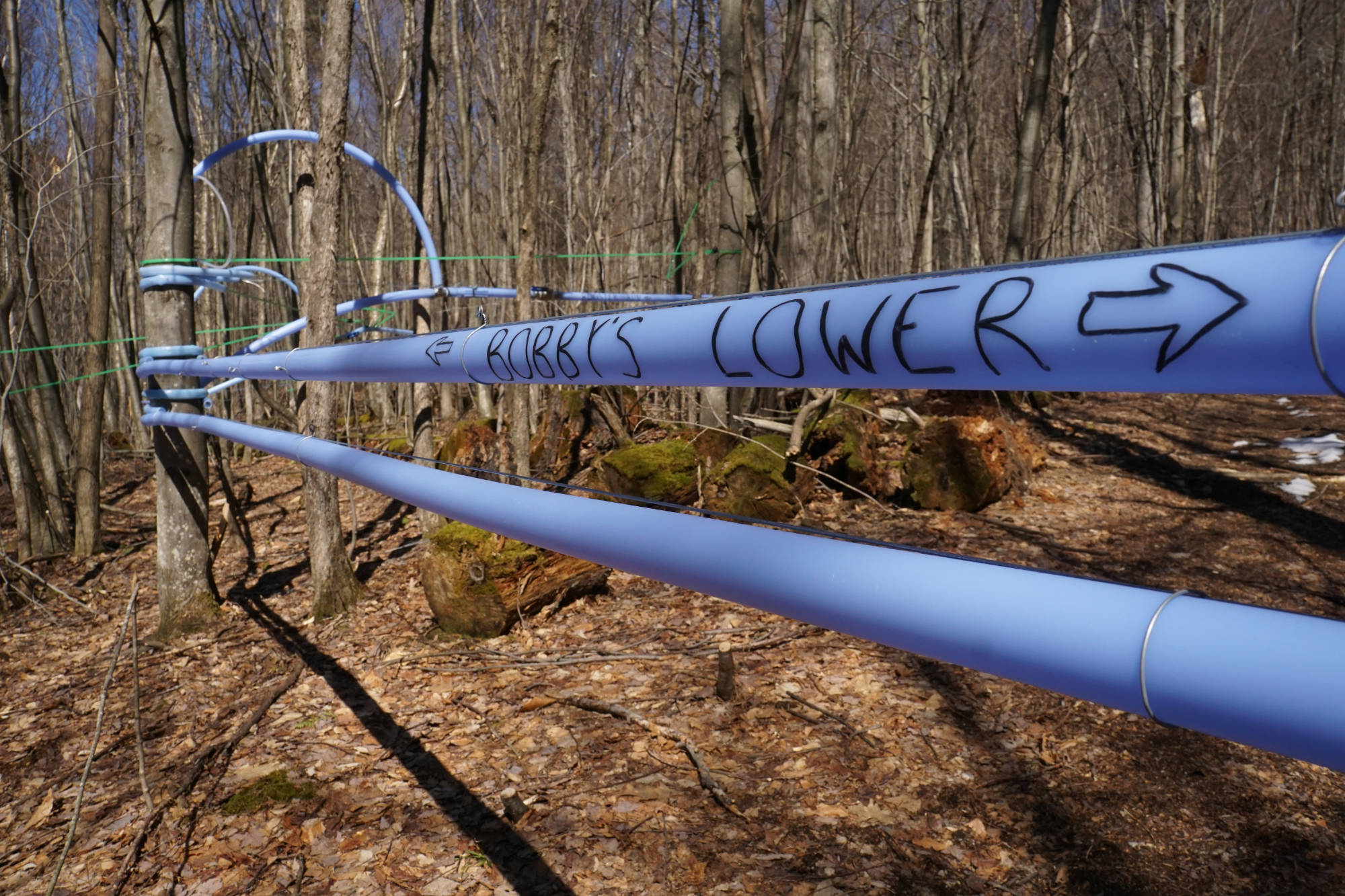 Conductor systems were marked at their origin, splits with other systems and road crossings. 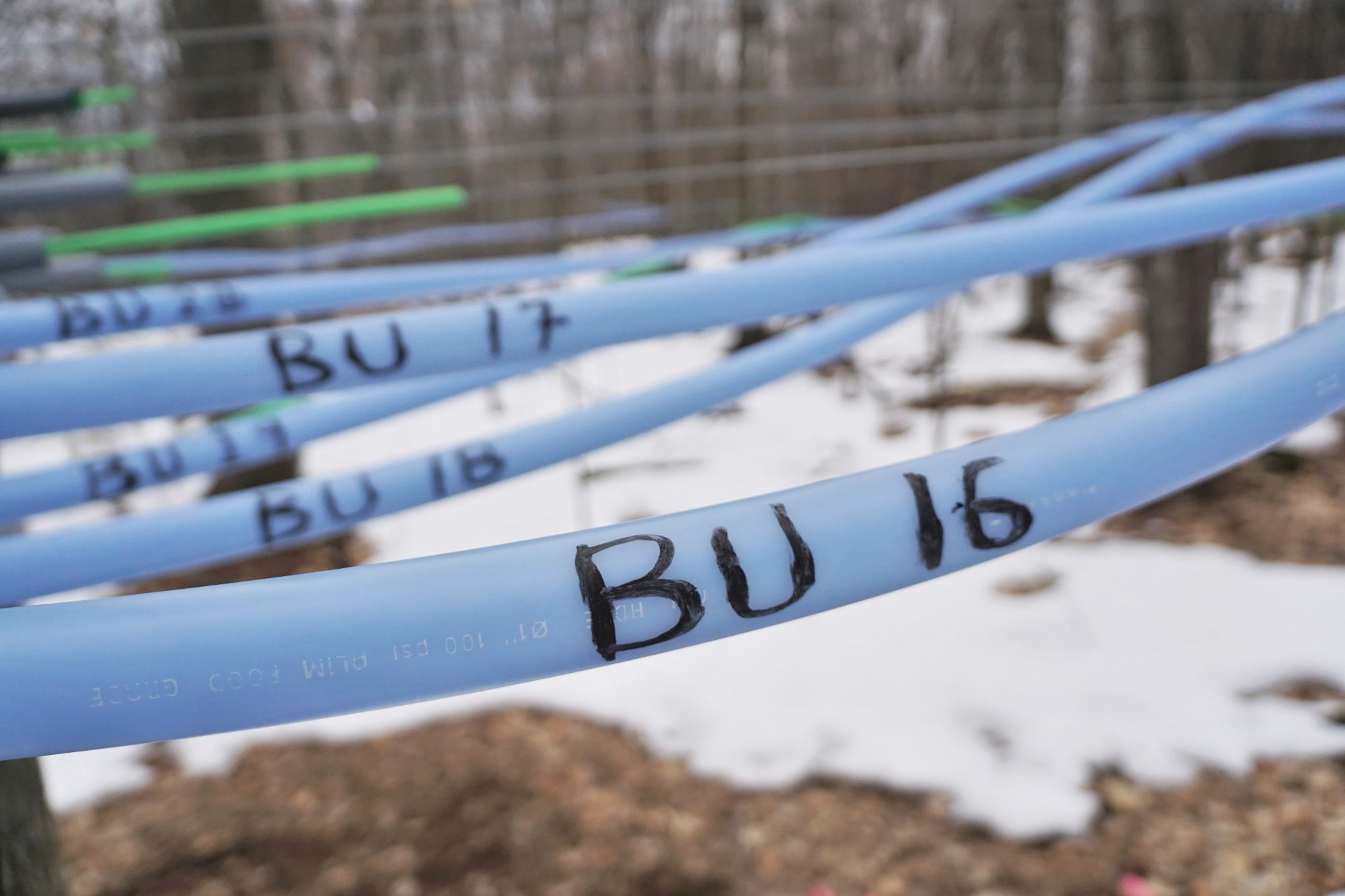 There were two boosters in the Gateway Woods. The spiderweb of lines coming off a booster are much easier to identify and follow when properly labeled. 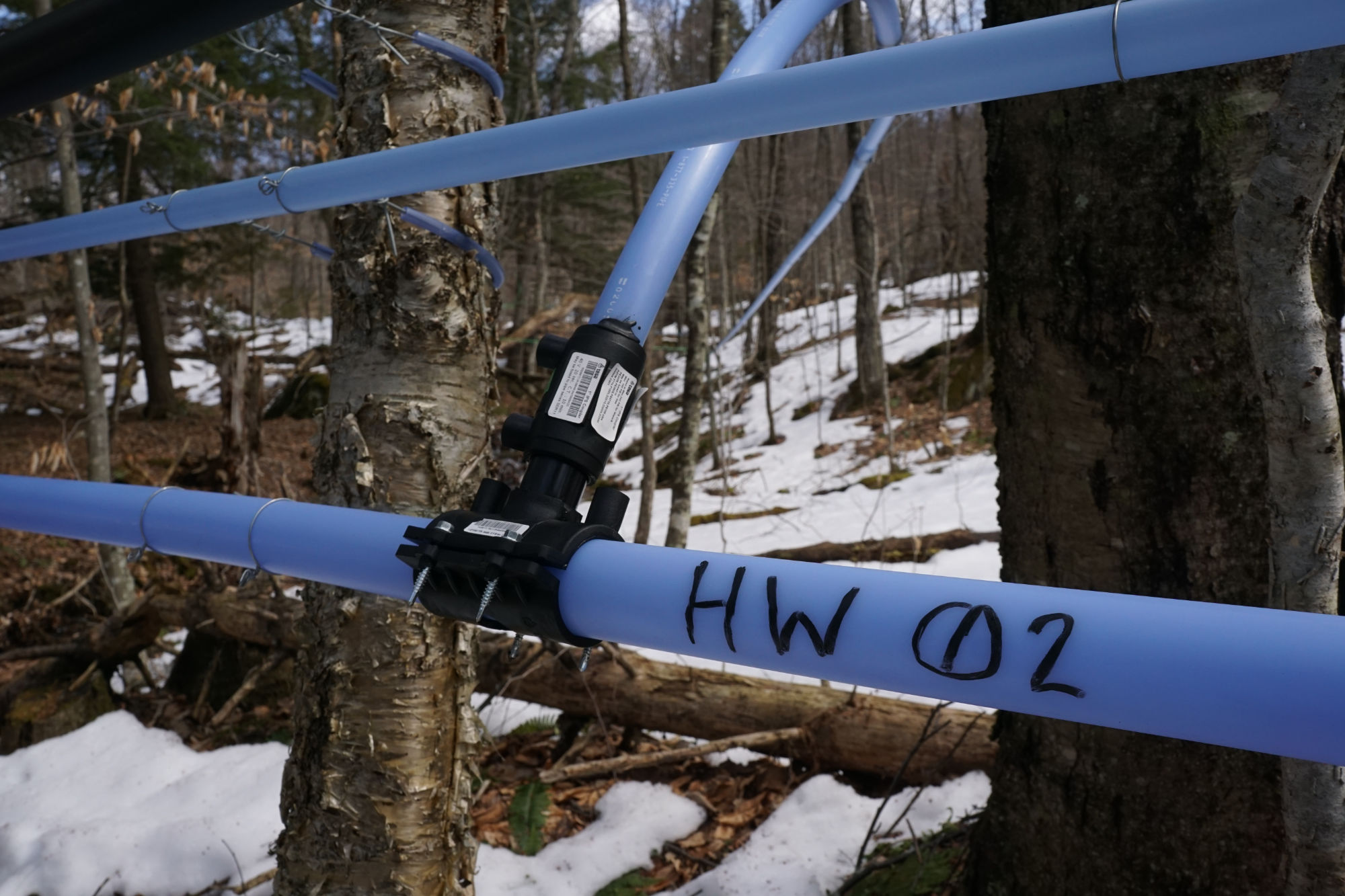 Each mainline was marked on the conductor as well as on the mainline at both the conductor end and far end. This makes viewing and identifying from the roads quick and easy.

Trent built a beautiful sugarhouse with a room at the entrance for visitors to hang out, browse their retail offerings and watch the action. While these maps are primarily an tool for use in the woods, a large scale map makes a great showpiece. 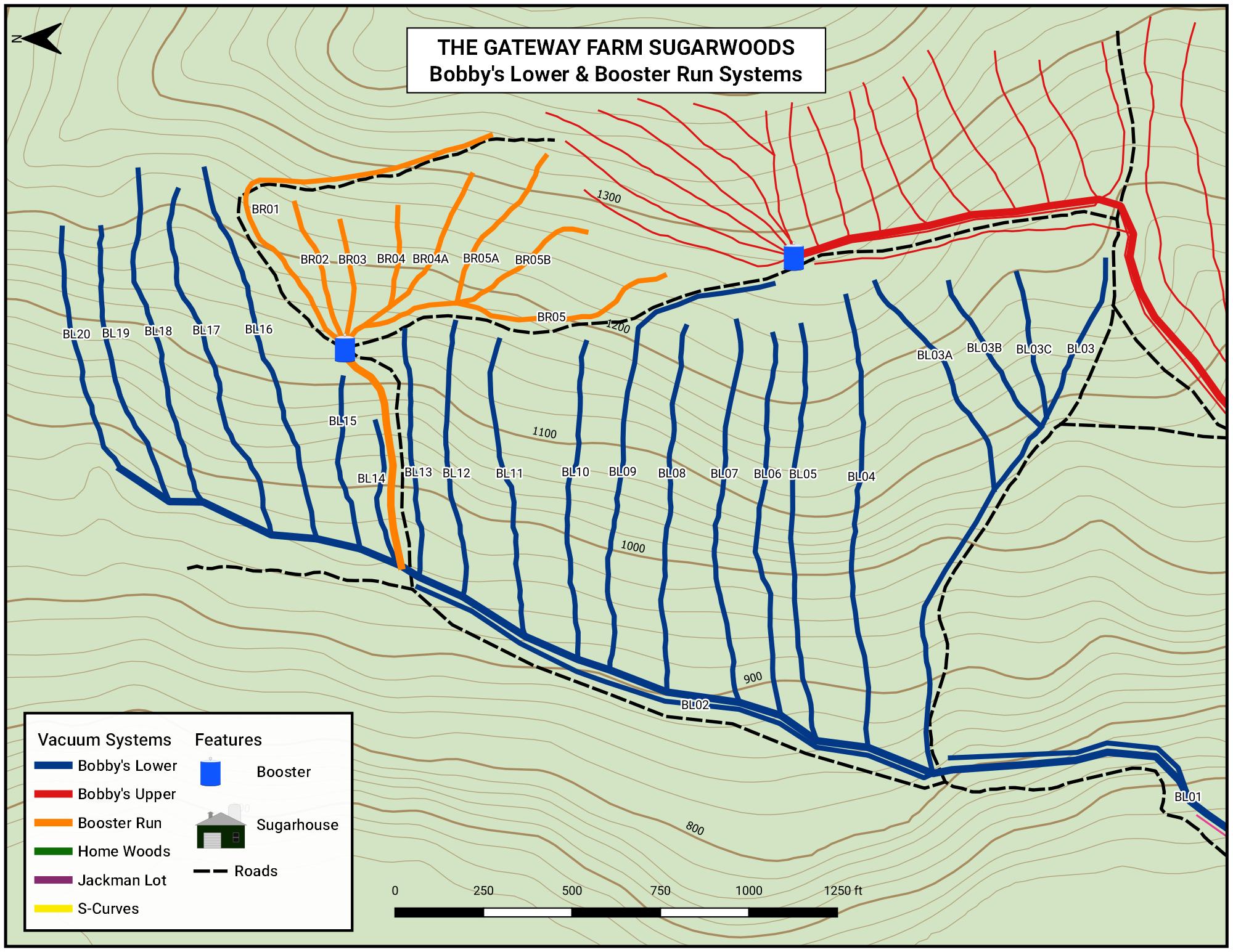 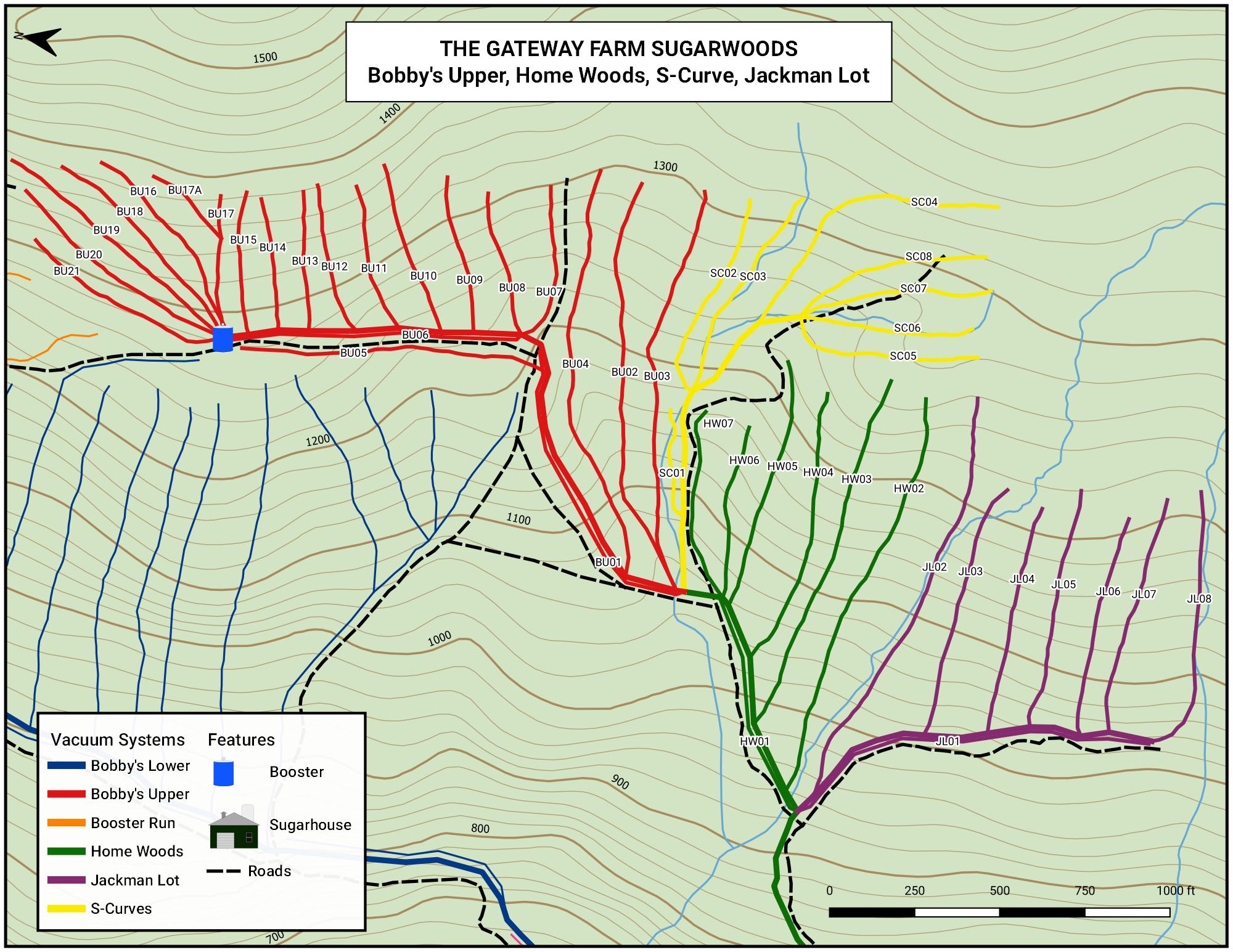 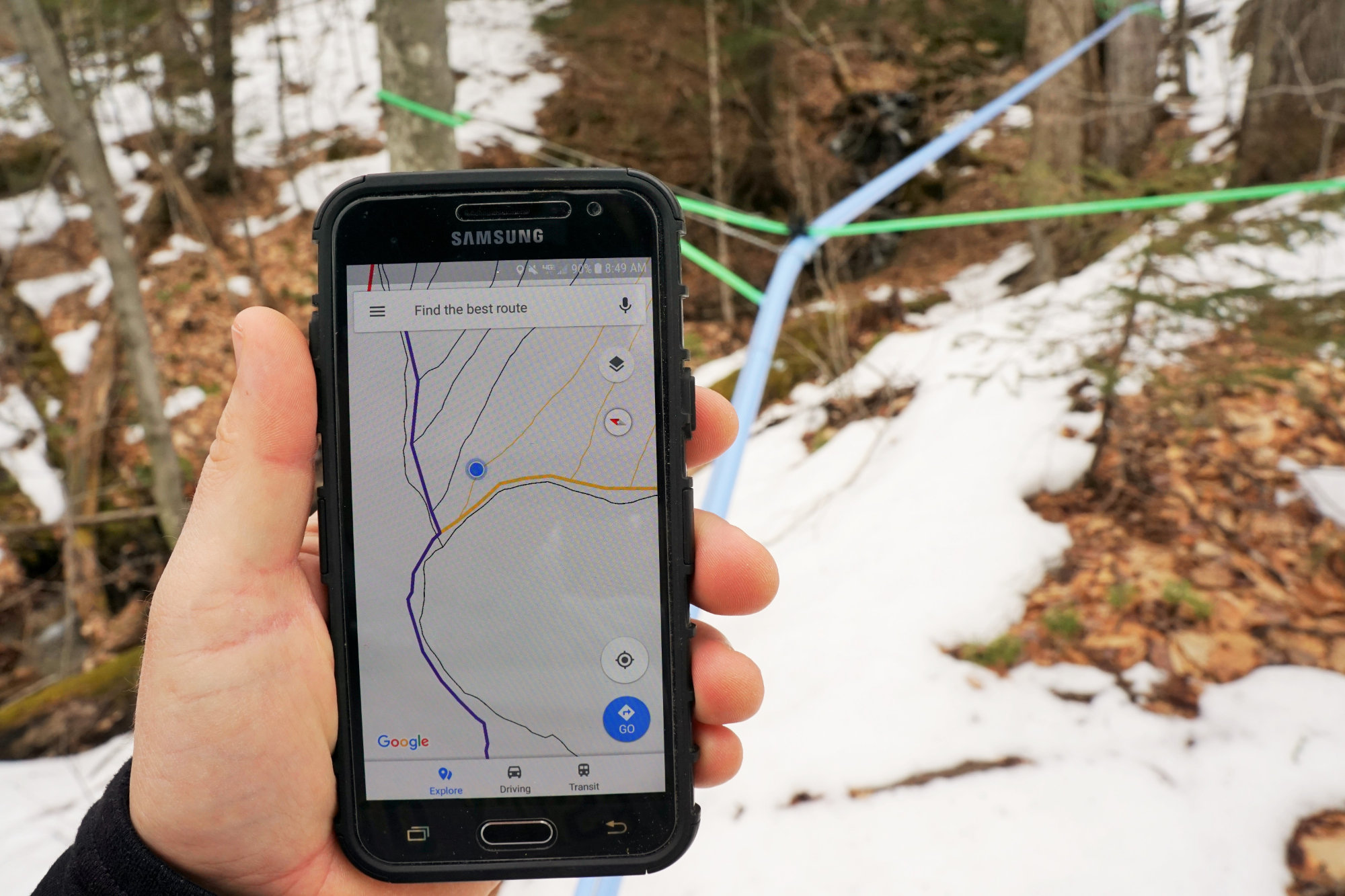 Digital maps, accessible on any smartphone allow for quick reference and location identification. 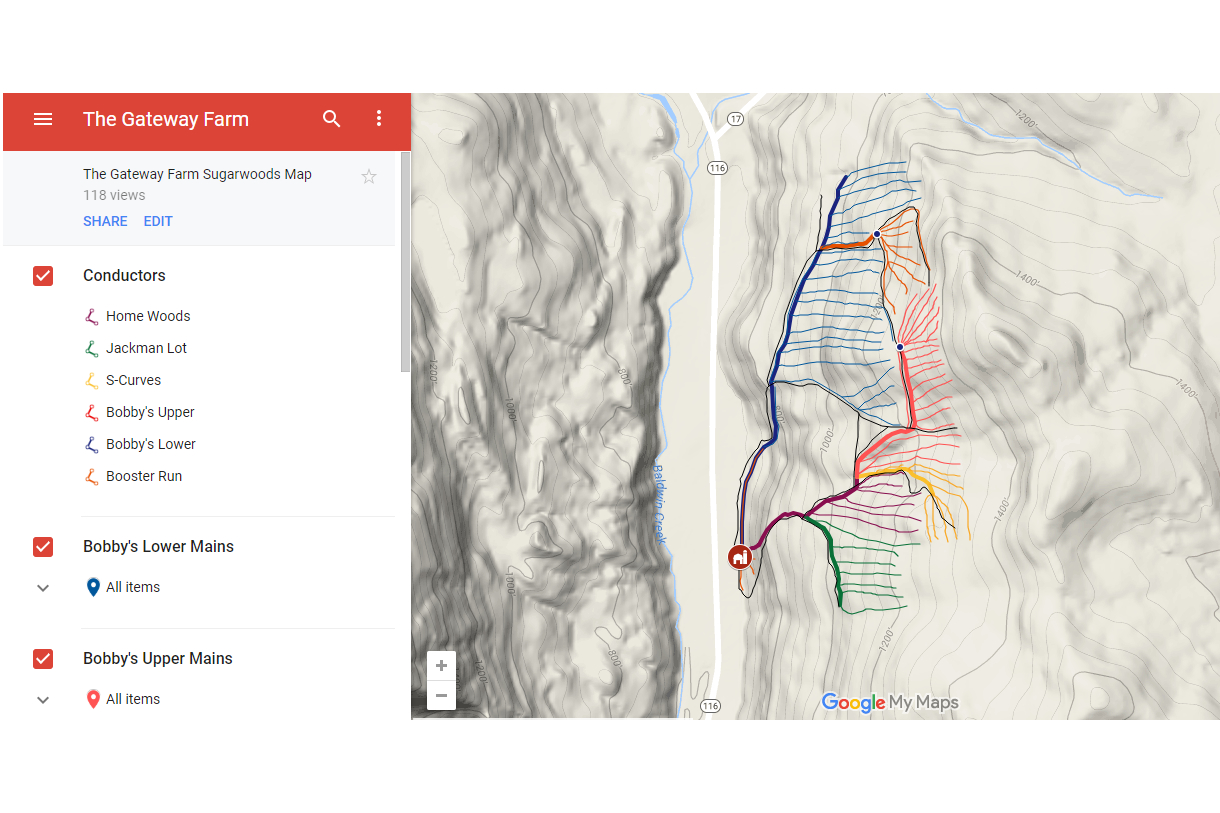 Digital maps, shared via google maps or other preferred application, allow for the owner to view (and edit if desired).

Feature identification on digital maps is very useful when the user is not near a label.